His Hands Support Ministries is incorporated under the laws of the State of Maine as a 501c3, non-profit, charitable organization. His Hands for Tanzania is an all-volunteer ministry program being run by His Hands Support Ministries. These are some of our core principals:We strive to promote unity within the body of Christ - HHSM recognizes the need for unity in the body of believers who all share the common bond of faith in Jesus Christ and have experienced His saving grace. Our fellowship is made up of believers from many different denominations including Baptist, Evangelical Free, Assembly of God, etc. and we have joined together with our brothers and sisters in Tanzania to try to make a difference in the lives of the people there who are living in poverty. Our purpose is not to start an American work in Tanzania, but to come alongside our Tanzanian brothers and sisters to support and encourage them in the work they are already doing. 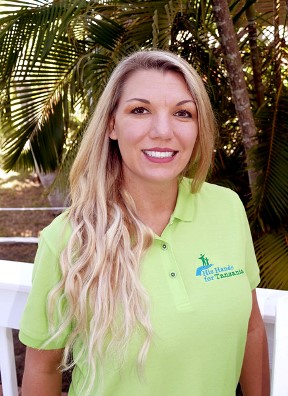 Bonnie Waldrip is from Brunswick Georgia. She was born in Arkansas in the middle of the night during a snowstorm so her father used to joke and say he almost named her Snowball. She is so excited to be a part of His Hands for Tanzania. Her love for Africa began several years ago when she woke up from a dream and audibly heard the voice of the Lord say, "Get the ticket to Africa first”. She didn’t know what that meant but wrote it down and prayed into it and waited. She believes God has opened a destiny door for her and can’t wait to meet Africa and her children for the first time. When she looks into the eyes of the children she sees His eyes.  Bonnie is a worshipper and creates worship flags.  She loves horses, reading, and traveling, and has several fur babies.  She attends Remnant church in Brunswick, GA.