We long for the day when people will see our good works and praise God, not us.
"In the same way, let your light shine before men, that they may see your good deeds and praise your Father in heaven." Matt. 5:16

His Hands Support Ministries is incorporated under the laws of the State of Maine as a 501c3, non-profit, charitable organization. His Hands for Honduras is an all-volunteer ministry program being run by His Hands Support Ministries. These are some of our core principals: We strive to promote unity within the body of Christ - HHSM recognizes the need for unity in the body of believers who all share the common bond of faith in Jesus Christ and have experienced His saving grace. Our fellowship is made up of believers from many different denominations including Baptist, Evangelical Free, Assembly of God, etc. and we have joined together with our brothers and sisters in Honduras to try to make a difference in the lives of impoverished people in that country. Our purpose is not to start an American work in Honduras, but to come alongside our Honduran brothers and sisters to support and encourage them in the work they are already doing. 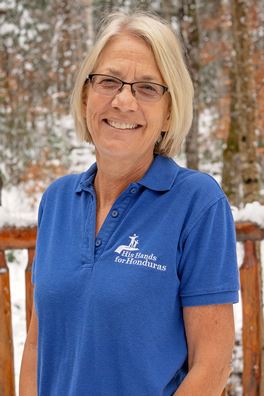 Lori Hughes and her husband, Don, have been married since 1976.  They have two grown children, a son-in-law, and two grandchildren, who all live in San Diego, California.  Lori was a first grade teacher and Don was a Commercial Manager with Chevrolet but now they are retired. They both love to travel and made their first trip to Honduras in 2009. Lori and Don have been members of Grace Point Church in San Diego since 2007.  They are thrilled to be involved with this sponsorship program and are excited to see what God has planned for them. 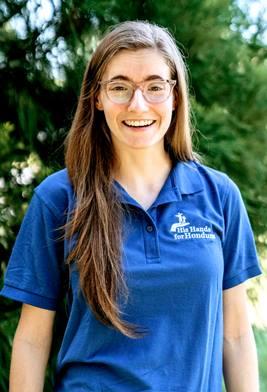 Ashley Nault was born in Richmond, Virginia, but has spent most of her life living in North Carolina. She currently lives in Mexico and is a member of Iglesia Cristiana de la Gracia in Mexico City. Ashley is currently a freelance wedding photographer and has completed several English to Spanish translation projects. During her first trip to Honduras in 2017, the Lord placed a burden on her heart for the people of Balibrea, Honduras. Since that first trip, she has been able to visit this community almost annually. Ashley is excited to be involved with this sponsorship program and the work that the Lord is doing in Honduras.

His Hands for Honduras is working in cooperation with the following ministry, which is also works with our partners in Honduras:

The Mission of Healing Nations:

To glorify God by cultivating spiritual and physical flourishing through cross-cultural ministry.

The Vision of Healing Nations:

A world that recognizes and declares God’s glory as individuals, communities and nations experience healing through truth and compassion.
To learn more, visit the Healing Nations website.