His Hands Support Ministries is incorporated under the laws of the State of Maine as a 501c3, non-profit, charitable organization. His Hands for East Africa is an all-volunteer ministry program being run by His Hands Support Ministries. These are some of our core principals:We strive to promote unity within the body of Christ - HHSM recognizes the need for unity in the body of believers who all share the common bond of faith in Jesus Christ and have experienced His saving grace. Our fellowship is made up of believers from many different denominations including Baptist, Evangelical Free, Assembly of God, etc. and we have joined together with our brothers and sisters in East Africa to try to make a difference in the lives of the people there who are living in poverty. Our purpose is not to start an American work in East Africa, but to come alongside our East African brothers and sisters to support and encourage them in the work they are already doing. 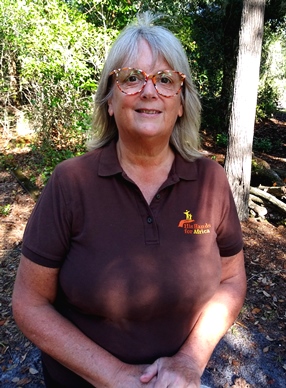 Jamie Charles, operations manager and East Africa coordinator, and her husband, Philip, met while attending Barrington College, where Jamie received a B.S. in Youth Ministries in 1980, the same year in which they were married. Philip and Jamie are the flawed human beings God used to begin this ministry and they are looking forward to what He has planned as He leads them to the places in the world where His children need the help He provides through His Hands Support Ministries. Philip and Jamie currently attend Cornerstone Family Church in Saint Cloud, Florida.